Click on the photographs and titles of movies below to view film trailers.  Days and times for the screening of these films are noted below and a  complete Festival schedule is available by choosing the schedule menu at the top of the page. 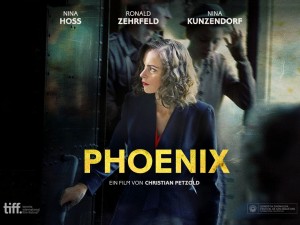 “So beautifully made it comes close to perfect.”
– Stephanie Zacharek, The Village Voice

A spellbinding mystery of identity, illusion, and deception unfolds against the turmoil of post-World War II Germany in the stunning new film from acclaimed director Christian Petzold (Barbara, Jerichow). Nelly (Nina Hoss), a German-Jewish nightclub singer, has survived a concentration camp, but with her face disfigured by a bullet wound. After undergoing reconstructive surgery, Nelly emerges with a new face, one similar but different enough that her former husband, Johnny (Ronald Zehrfeld), doesn’t recognize her. Rather than reveal herself, Nelly walks into a dangerous game of duplicity and disguise as she tries to figure out if the man she loves may have been the one who betrayed her to the Nazis. Evoking the shadows and haunted mood of post-war Berlin, Phoenix weaves a complex tale of a nation’s tragedy and a woman’s search for answers as it builds towards an unforgettable, heart-stopping climax.

Directed  and written by Christian Petzold.  Starring Nina Hoss and Ronald Zehrfeld.  Phoenix screens Saturday at 3:00 pm and 7:00 pm, Sunday at 1:00 pm and Monday at 7:00 pm. 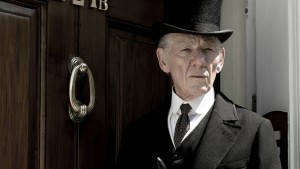 “Ian McKellen, magnificent as Sherlock, brings us a riveting character study of a lion not going gentle into winter.”             – Peter Travers, Rolling Stone

Mr. Holmes is a new twist on the world’s most famous detective. 1947, an aging Sherlock Holmes returns from a journey to Japan, where, in search of a rare plant with powerful restorative qualities, he has witnessed the devastation of nuclear warfare. Now, in his remote seaside farmhouse, Holmes faces the end of his days tending to his bees, with only the company of his housekeeper and her young son, Roger. Grappling with the diminishing powers of his mind, Holmes comes to rely upon the boy as he revisits the circumstances of the unsolved case that forced him into retirement, and searches for answers to the mysteries of life and love – before it’s too late. 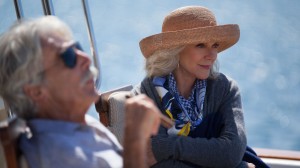 I’ll See You in My Dreams

“The film has a fresh tone and free-floating original storytelling.  Nobody is as predictable as they first appear.”
– Colin Covert, Minneapolis Star-Tribune

“It’s hopeful and realistic in equal measure, and it’s anchored by a quietly resplendent performance from Danner, who brings a featherduster touch to everything she does.”
– Stephanie Zacharek, The Village Voice

In this vibrant, funny, and heartfelt film, a widow and former songstress discovers that life can begin anew at any age. With the support of three loyal girlfriends (June Squibb, Rhea Perlman, and Mary Kay Place), Carol (Blythe Danner) decides to embrace the world, embarking on an unlikely friendship with her pool maintenance man (Martin Starr), pursuing a new love interest (Sam Elliott), and reconnecting with her daughter (Malin Akerman). 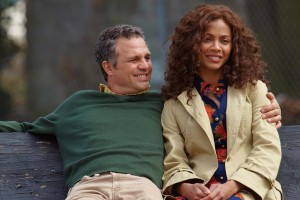 “Saldana has never been tougher or more vulnerable.  Then there’s Ruffalo, who demonstrates again why he may be the best actor of his generation.”
– Peter Keough, Boston Globe

“Ms. Forbes hasn’t made a movie about her father’s illness; she’s made one about her father, who, through hard and weird times, clearly helped give her what she needed so that one day she could tell his story.”   – Manohla Dargis, New York Times

Maya Forbes autobiographically inflected Infinitely Polar Bear stars Mark Ruffalo as Cameron, a man who suffers from bipolar disorder. After a breakdown forces him to leave his family and move into a halfway house, he attempts to rebuild a relationship with his two daughters, and win back the trust of his wife Maggie (Zoe Saldana). When Maggie decides to go to business school in New York, they decide that he will move back in and take care of the day-to-day care for the kids. Due to his mercurial nature, this leads to a series of quirky, funny, and sometimes frightening episodes. Infinitely Polar Bear screened at the 2014 Toronto International Film Festival.

Directed and written by Maya Forbes and starring Mark Ruffalo and Zoe Saldana.  Infinitely Polar Bear screens Friday, Saturday, and Sunday at 9:30 pm, Sunday at 3:15 pm, and Wednesday and Thursday at 7:10 pm.

Infinitely Polar Bear is rated R, runs 1 hour and 30 minutes, and was released to theaters on June 9, 2015. 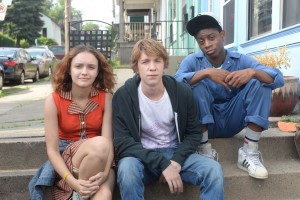 Me and Earl and the Dying Girl

“Mann, Cooke and Cyler deserve to be stars of tomorrow, right now.  This film geek’s dream of a movie pulls the ground out from under you, but stays smartass to the end.  Sweet.”        – Peter Travers, Rolling Stone

Winner of the 2015 Sundance Grand Jury Prize and the Audience Award, Me and Earl and the Dying Girl is the story of Greg Gaines (Thomas Mann), an awkward high school senior whose mom forces him to spend time with Rachel – a girl in his class (Olivia Cooke) with whom he hasn’t spoken to since kindergarten – who was just diagnosed with cancer.

Directed by Alfonso Gomez-Rejon and written by Jesse Andrews.  Starring R. J. Cyler, Thomas Mann, and Olivia Cooke.  Me and Earl screens Friday, Saturday, and Sunday at 9:15 pm, Sunday at 3:00 pm, and Wednesday at 7:00 pm. 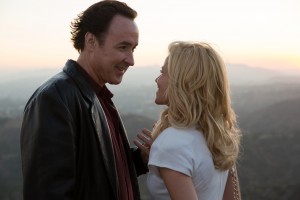 “It’s a loving tribute to the Beach Boys and the man responsible for their distinctive sound, but it goes to deeper and stranger places than most movies of its kind.” – A. O. Scott, New York Times

“It has two things a Brian Wilson story needs above all: a sense of mystery and the right vibrations – good, bad, weird.”
– David Edelstein, New York Magazine

Love and Mercy presents an unconventional portrait of Brian Wilson, the mercurial singer, songwriter and leader of The Beach Boys. Set against the era-defining catalog of Wilson’s music, the film intimately examines the personal voyage and ultimate salvation of the icon whose success came at extraordinary personal cost.