This year the Festival will feature short films by Minnesota filmmakers as well as a selection of award-winning films from around the country featured in the Rural Route Film Festival.  These films will be screened at 5:00 pm on both Saturday and Sunday – a selection of different films each day.  Brief descriptions of the Rural Route films are provided below. 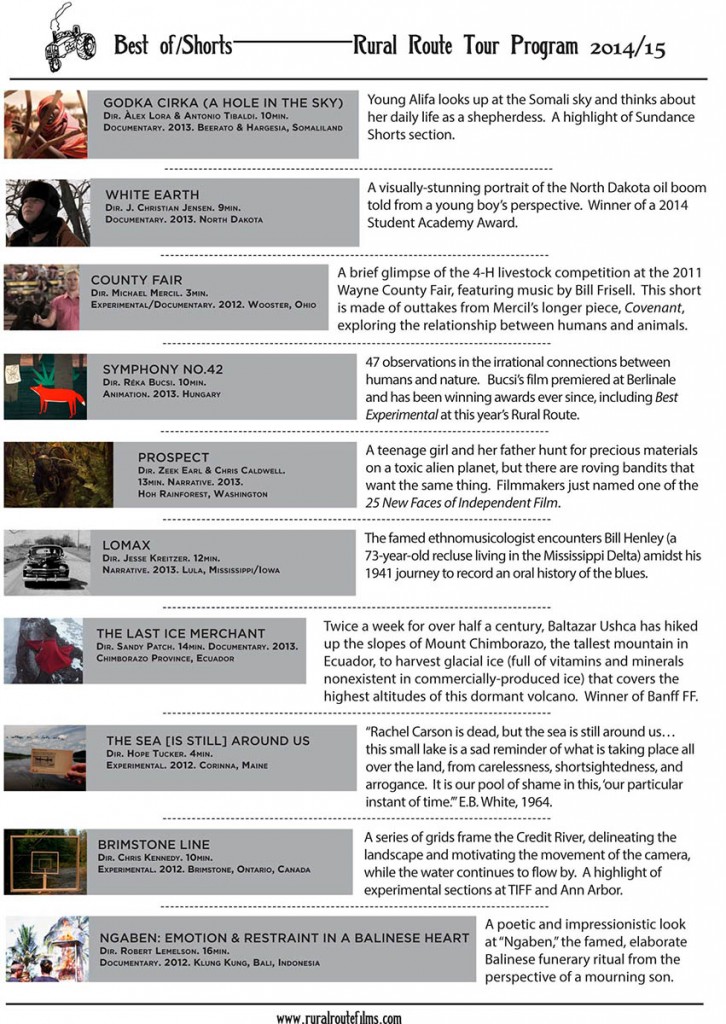