September 13-19 at the Cozy Theatre in Wadena

The Festival was the best ever in the eight-year history of Whiskey Creek.  Thank you to all the patrons of the Festival this year, and to our business sponsors and 5-Wings Arts Council, and the Wadena Convention and Visitors Bureau.  See you next year.

Photographs of the Cozy Theatre by Kent Scheer

The Whiskey Creek Film Festival is produced by

the Whiskey Creek Film Festival Association. Local sponsors, including 5 Wings Arts Council and the Wadena Convention and Visitors Bureau, help support the Festival-click on the sponsor menu item to visit links to their businesses and organizations.

The 2013 Festival has three parts:

1. The best in current cinema

During the week of September 13-19 six films-all in current theatrical release-will be screened at the Cozy Theatre. 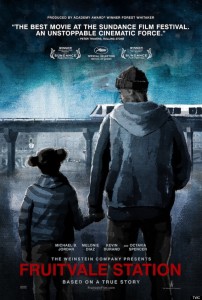 Blue Jasmine
Still Mine
The Way, Way Back
20 Feet from Stardom
The Kings of Summer 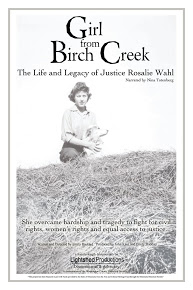 This year the Festival is featuring  the documentary film “Girl from Birch Creek” which tells the inspiring story of Rosalie Wahl, the first woman to serve on the Minnesota Supreme Court.

Six short films, 5 made by Minnesota filmmakers and one by an artist from Wisconsin, will also be shown.

All these films will be screened beginning at 5:00 pm on Saturday afternoon and admission is free. 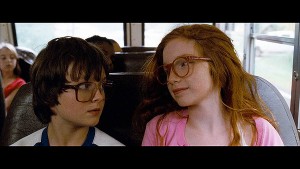 A film about bullying and two young people who find a path to resist, “Standing Up” tells the story of a boy and a girl, ages 11 and 12, who are ostracized by their peer groups at summer camp.  This film is free and will be shown on Friday at 5:00 pm and Saturday and Sunday at 1:30 pm.